You wake up and you cannot remember where you are.. you are a prisoner of the castle of Pentagorat.

If you use your real VIC-20 sd2iec is your choice to load D64-files.

I've worked for a year on this. So be gentle and donate something..

How is this version different from the "new easier edition" on the penultimate cartridge? I want to play this and can't decide which version

Easier version has more energy. It's an only difference between versions.

Hi! This game has inspired me to started learning assembly for the vic so i can begin making a game idea i have. i'm working my way through jim butterfield's book, but i was wondering if you have any other tips for me?

I'm trying to load via tape in VICE 3.1 but get a memory error as Pentagorat is found and tries to load:

I did get the game to load on another emulator that was Java based, but my keyboard device (standard apple keyboard) didn't seem to be recognized during game play, and I didn't see any settings in the emulator to fix it.

I saw this game on an episode of the 8-bit Guy on YouTube and was intrigued. I'd love to play this game if I can get it to work! Any idea why my attempts to load the game via the tape deck in VICE doesn't work?

Thank you for reading!

Thank you so greatly for your reply and for your walk-through! After configuring the extra memory it worked great! I knew it was a mem issue of some sort but couldn't figure out where in the context menus / VICE documentation how I could "upgrade" it. Thank you for taking the time to explain, along with sharing the proper syntax to launch the game from disk image. I just got it working now and I'm excited to play the game. It looks very creative and clever and I thought it was cool when I first saw it not simply because of its vintage nature but it just looks like a very cool and interesting game. I was born right at the end of the 8-bit era but we didn't get our first computer until win95/32-bit era--have recently become fascinated by the 8-bit machines and the history of computing. Thank you for all of your hard work and really looking forwards to playing your creation. Wishing you the best and thank you again!

Best game ever for the VIC-20? Regardless of platform, this is a very enjoyable isometric action-adventure. No slowdowns, logical puzzles, and spooky-but-cute graphics. The intricate layout of the about 30 rooms will offer you many stimulating hours of play. 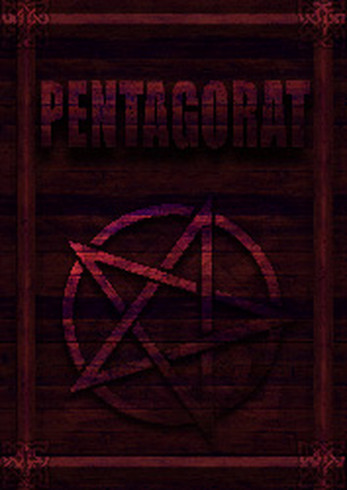 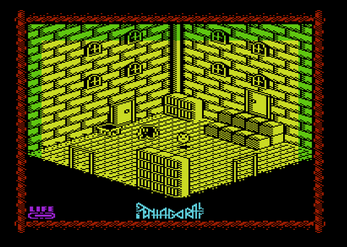 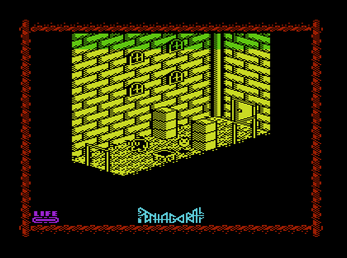